Inside the Alluring World of Jean-Pascal Florist 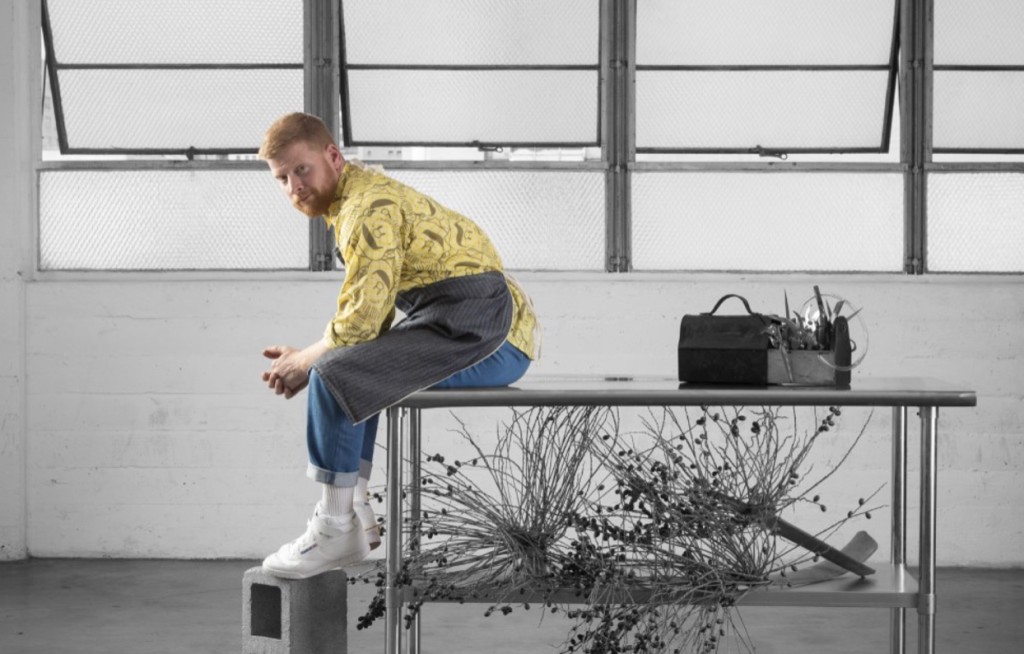 There’s a beautiful new addition to the district: Jean-Pascal Florist. We’re welcoming this gorgeously inspiring, elegant shop by taking a deeper look into the creative mind of owner Jean-Pascal himself—his style, his inspiration, and what you can expect during a visit to his new studio. 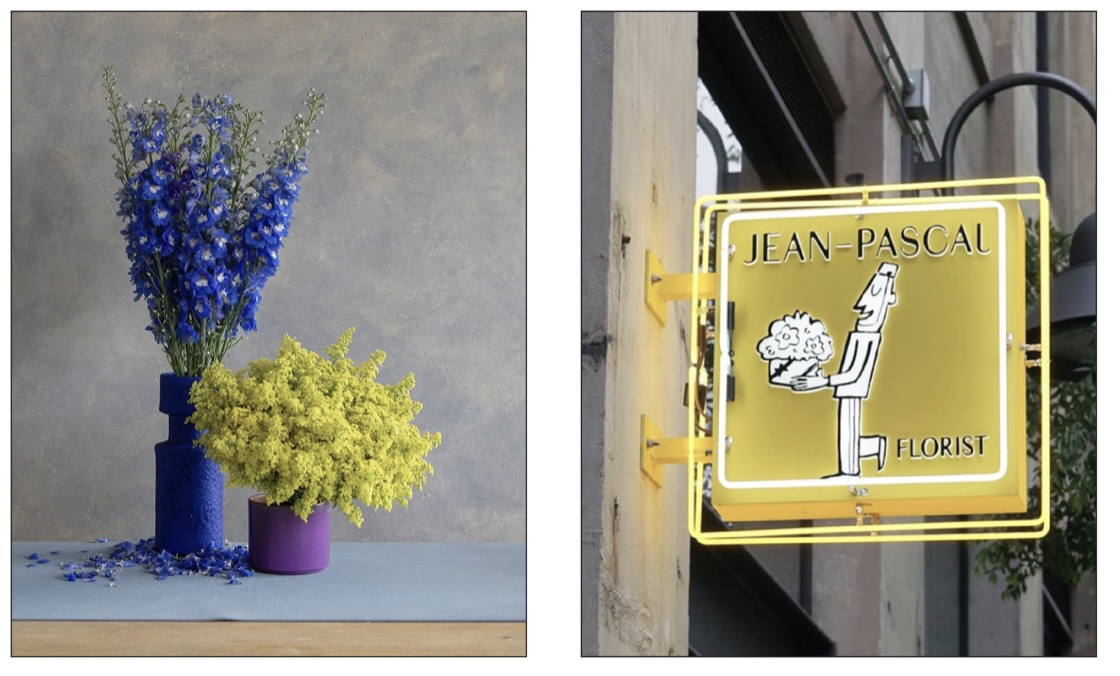 Years before coming to DTLA, Jean-Pascal began his career in Montreal, Canada, where he founded his floral company in 2010. As a sign of his immense talent, just two years later he opened his first shop at the Ritz-Carlton Hotel, where he served as the in-house floral designer for weddings, corporate events, and VIP guests.

As a French florist, there’s no denying Jean-Pascal brings a taste of beauty and elegance to ROW. He’s known for mixing classic French craftsmanship and modern style to create chic, harmonious, and majestic arrangements. His work brings a sense of timeless elegance to everything he touches, from hand-tied bouquets to event production. Jean-Pascal says most of his bouquets incorporate a tighter, more structured look indicative of a traditional French hand-tied technique, something that he says most florists have let go to the wayside. “It’s a tighter, more structured look that I find gives a sense of luxury and finesse that compliments any interior,” he explains. 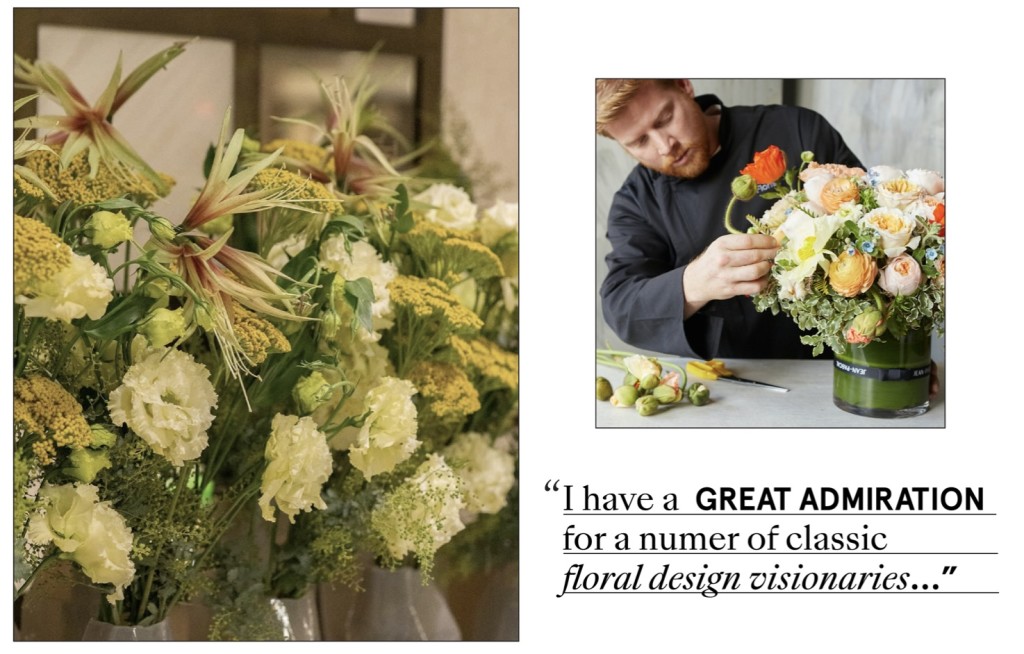 Pascal attributes his inspirations in artistry, theater, architecture, design, and couture as his biggest influences in his craft. “I have a great admiration for a number of classic floral design visionaries like Constance Spry, Michael George, and Olivier Giugni. I’m also in awe of contemporary designers such as Daniel Ost, Tage Anderson, and Christian Tortu,” he says.

But his inspiration doesn’t stop there. Moving to Southern California has introduced a whole new level of influence for Jean-Pascal, both from the places he frequents and the flowers he finds. 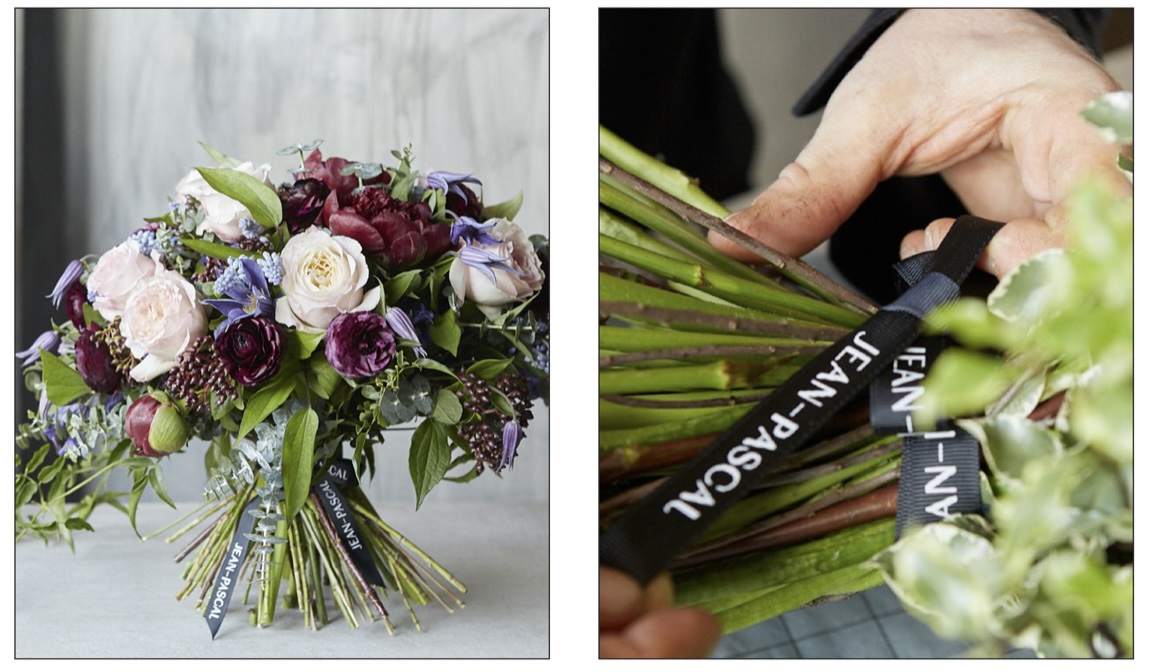 “The amazing variety of fresh flowers, plants, and foliage offered at the LA Flower Market has opened up my palette to different kinds of seasonal blooms. Visiting the market almost every day lets me see the changing seasons with what’s available. I’ve been thrilled with the variety of tropicals that I can subtly mix into my arrangements that I might have only found occasionally up North.”

Jean-Pascal Florist opens May 29th, so come by ROW and see this artist in action. Who knows what you’ll leave with.

MONDAY BY APPOINTMENT ONLY