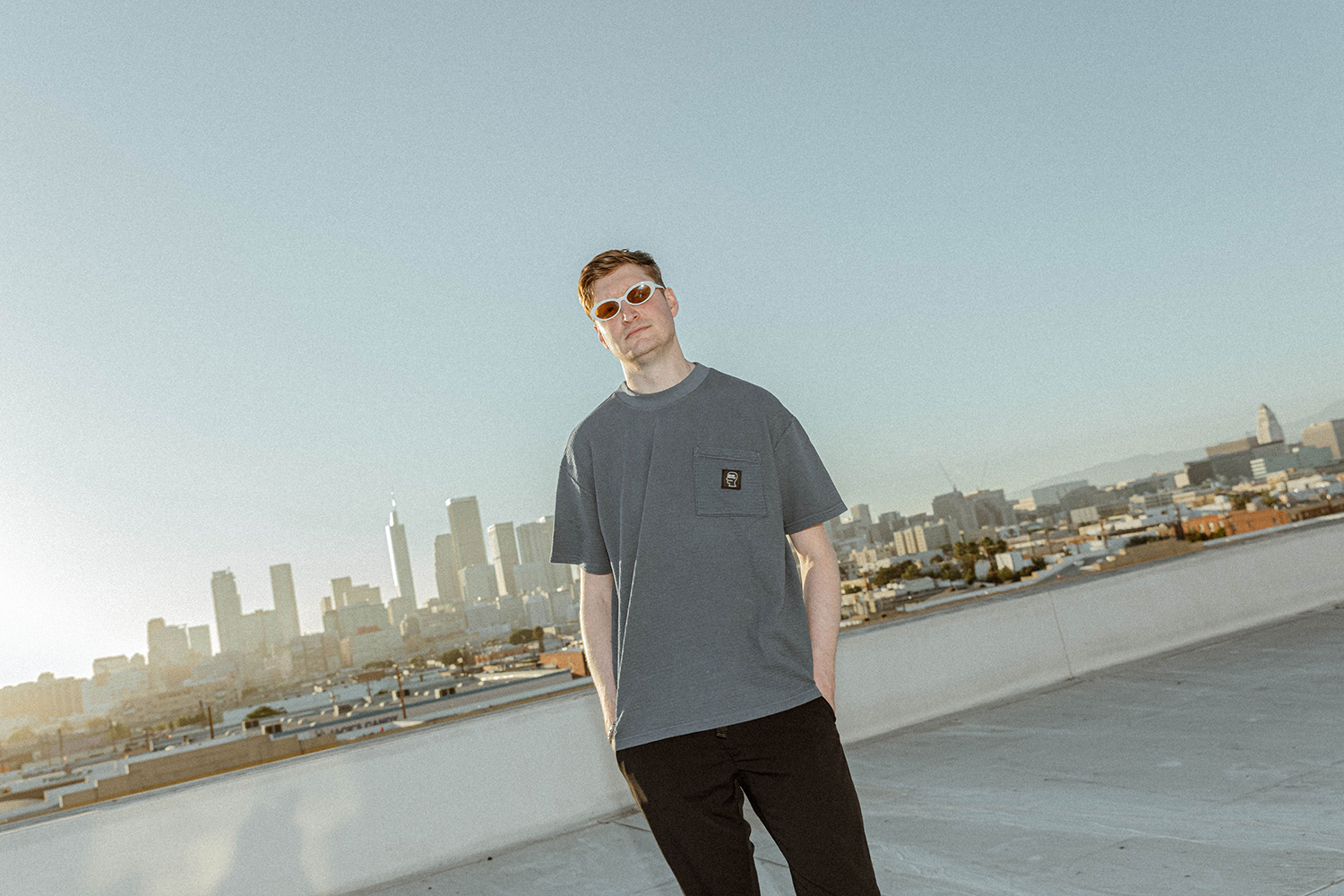 Introducing our Good Neighbor Series, where we take you around town to get to know the people, places and goings-on that are only a pin drop away from ROW. It’s our way of making a big city like LA feel a bit smaller.

To kick things off, we invited Amtrac, real name Caleb Cornett, to stream live on our rooftop at ROW in celebration of his new album release, ‘Oddyssey’. Amtrac is not only an electronic music producer and DJ but the creator of his own label: Openers. Throughout his decade-plus career, the Kentucky-born, LA-transplant consistently pushes creative limits, collaborating with other artists and experimenting with new production techniques. His music is what he feels in the moment, resulting in a sound that is uplifting, danceable, and made to stand the test of time. 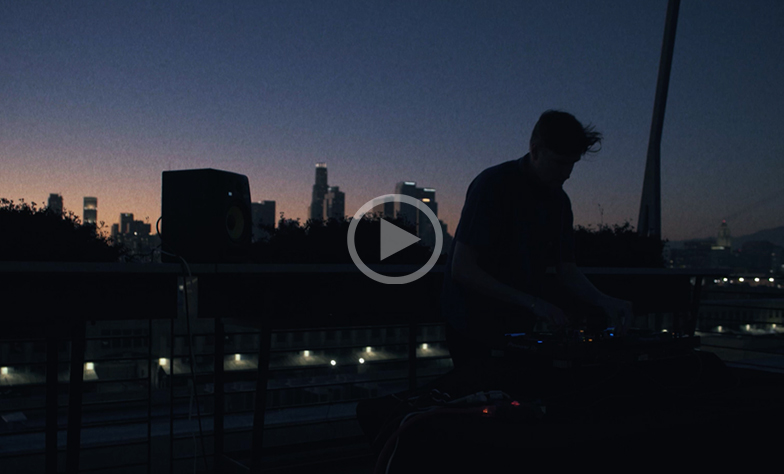 Click Here to watch the livestream recording from ROW DTLA.

While he was here, we caught up with Amtrac, asking him everything -- from how LA inspires him daily to how it felt to release an album in quarantine. Watch his recent rooftop  performance and keep reading for the full interview.

Hey Caleb!  We’re so excited to have you as part of our Good Neighbor series!  We know you’re from Kentucky, let’s talk about your time in LA:

ROW: How long have you lived in DTLA?

Amtrac: I’ve been in DTLA for the past 3 years, but I’ve just recently relocated to the Arts District.

ROW: What’s your favorite part of living down here?

Amtrac: I find that I’m surrounded by creatives. The hustle and bustle of the city keeps you moving.

ROW: We see you at ROW often, what is it about our property that you enjoy most?

Amtrac: I love Smorgasburg, I come almost every weekend. Well I did.. 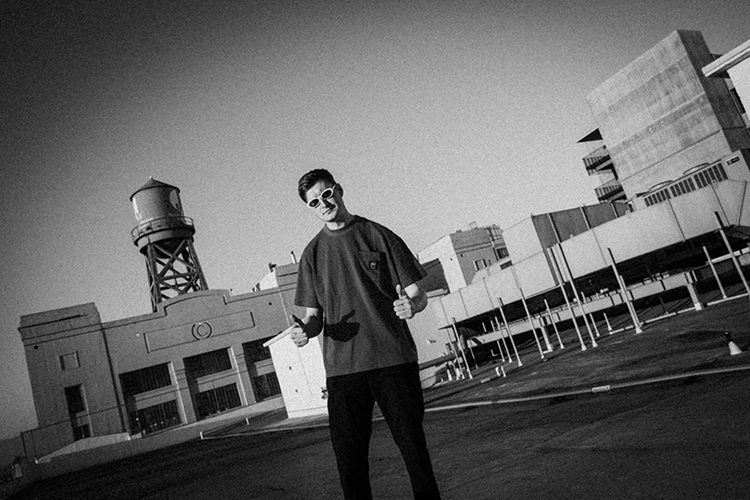 ROW: Let’s talk about Oddyssey - it’s taken you 9 years to release - What did you want to achieve in this album that was different from your first.

Amtrac: I wanted to showcase where I am now as an artist. My first album feels like miles away and I was a completely different person when I wrote it. This record is a bit more angsty and raw, it feels personal. I’m constantly learning new things when it comes to producing, and this record feels like a natural progression from my first.

ROW: How would you classify your music genre?

Amtrac: I don’t love genres by definition, but I guess I just make electronic music.

ROW: How do you want people to feel when they listen to the album?

ROW: The Radical Remix Drop this month - wow!  Can you describe the remix process? How do you choose the artists and how involved are you in the mixing?

Amtrac: Honestly I just reach out to artists that I admire and hope to get a response... sometimes the record label suggests people to work with. Then off go the stems [each instrument’s musical component] and I anxiously await the return of a spicy mix.

ROW: Do you remember the moment you decided you wanted to make music?  Can you describe it to us?

Amtrac: It was probably in high school, that’s when I discovered music software and started to make my own tracks. I actually remember selling CD’s out of my locker!  There might even still be some comical Amtrac CD’s out there in the universe.

ROW: What are your thoughts on the next generation of electronic music - How is it different from how you came up?

Amtrac: People can very easily obtain all of the best tools for creating and software has come so far over the past 10 years. Any kid with a laptop could make the biggest record of the year, it’s all up to the beholder of the quest.

ROW: Will we have to wait another 9 years for the next drop?

Amtrac: Not a chance, already very excited to be working on the next chapter. 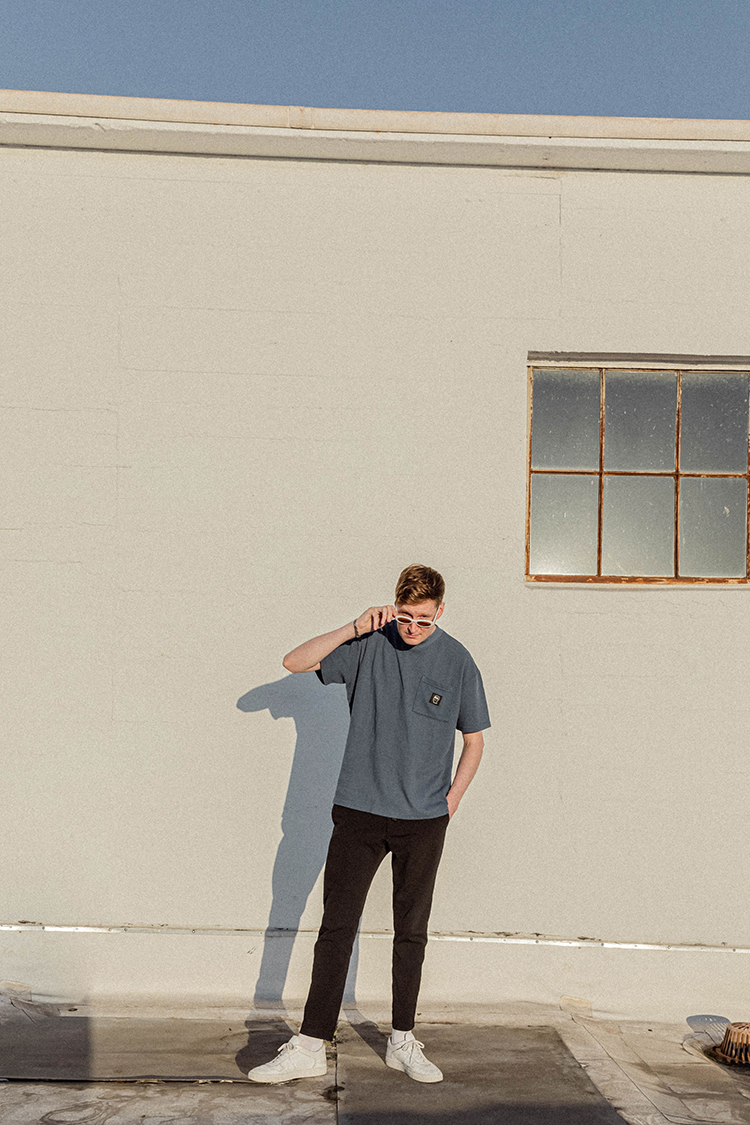 ROW: For a musician who has been touring so much, what has it been like to slow down the past few months?  How is this period shaping you?

Amtrac: At first it was really nice to just hunker down and have no outside pressure to do anything else but create, but now I have my rough days, where you start to question it all haha. It’s helped my focus on different aspects of songwriting though, I’m in a great space creatively.

ROW: What was it like to release an album in quarantine?

Amtrac: Not bad, not great. Launching an album you worked 9 years on then not getting to tour it is a real bummer. People have been very supportive via the internet and it seems to be getting out there, which helps. I just wish I could see how the record translates in a live environment.

ROW: If you could go anywhere in the world right now to debut it live, where would that be and why?

Amtrac: Why not Los Angeles? If feels like the logical choice :) I’m eager to get back out there.

ROW: Tell us more about your studio set-up, has anything about it changed during this time in quarantine?

Amtrac: I have a modest home studio setup in my apartment. I recently just purchased my dream synth from studio electronics, a Los Angeles based company I’m very fond of, so that has really thrown some gas on the fire in the creative department.

ROW: Any unexpected new hobbies, rabbit holes, or entertainment that has consumed or influenced you during this time?

Amtrac: I’ve always been a gamer from way back when, since ‘Counter-Strike’ first took off. Lately I have been playing quite a lot more online, due to not actually being able to see my friends in person. 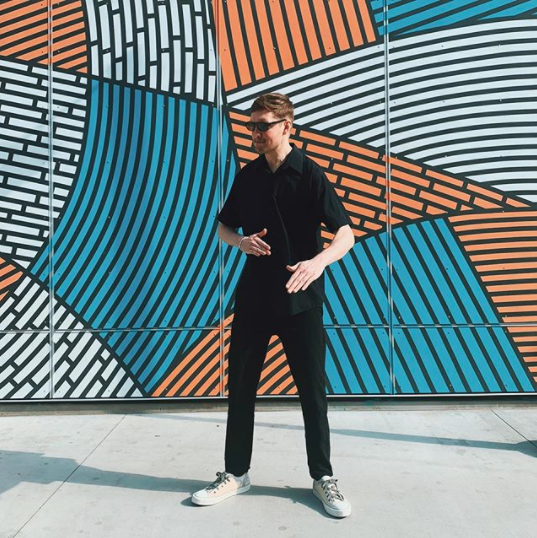 ROW: Congrats on launching your record label Openers!  Love your mission statement: “Music your parents can listen to, as well as your common electronic music fan…” Please elaborate, and tell us what your goal is with the label.

Amtrac: Thanks! The main goal is always to put out great music that will stand the test of time – music that in 10 years from now will still hold strong. I love getting behind people who are very passionate about their craft.

ROW: What advice would you give to an aspiring artist, especially one who hopes to get noticed by you?

Amtrac: Consistency. One of the most important things in my eye would be consistently putting out material, constantly pushing your limits, that tends to get you noticed more so than not.